The ICRC Hospital just outside the Kutupalong refugee camp near Cox's Bazar, Bangladesh, close to the border with Myanmar .
Over 620,000 Rohinghya, a persecuted muslim ethnic minority in Mynamar have fled into neighbouring Bangladesh since the most recent crisis began in August . Evidence supports that they have been fleeing mass atrocities by Myanmar government security forces including murder, rape and arson in an ongoing campaign of ethnic cleansing, launched following a coordinated attack by a Rohingya armed group. 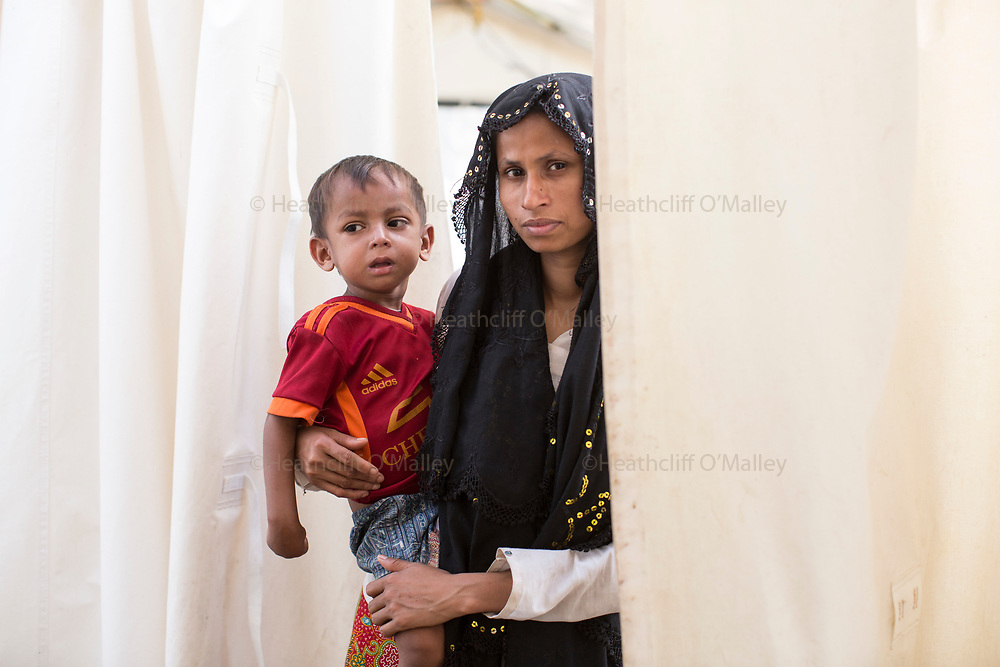