Mcc0030300 . Daily Telegraph..Rebel forces taking fuel at the deserted Ras Lanuf oil refinery on the road to the frontline. Fuel is now becoming a problem for the rebels as it did during the fighting between the 8th army and Africa Corp 70 years ago along the same road..Gaddafi's forces have been on forced retreat since saturday night due to repeated attacks from NATO airstrikes and are now holding ground approximately.60 miles from Sirt ...Ras Lanuf 27 March 2011 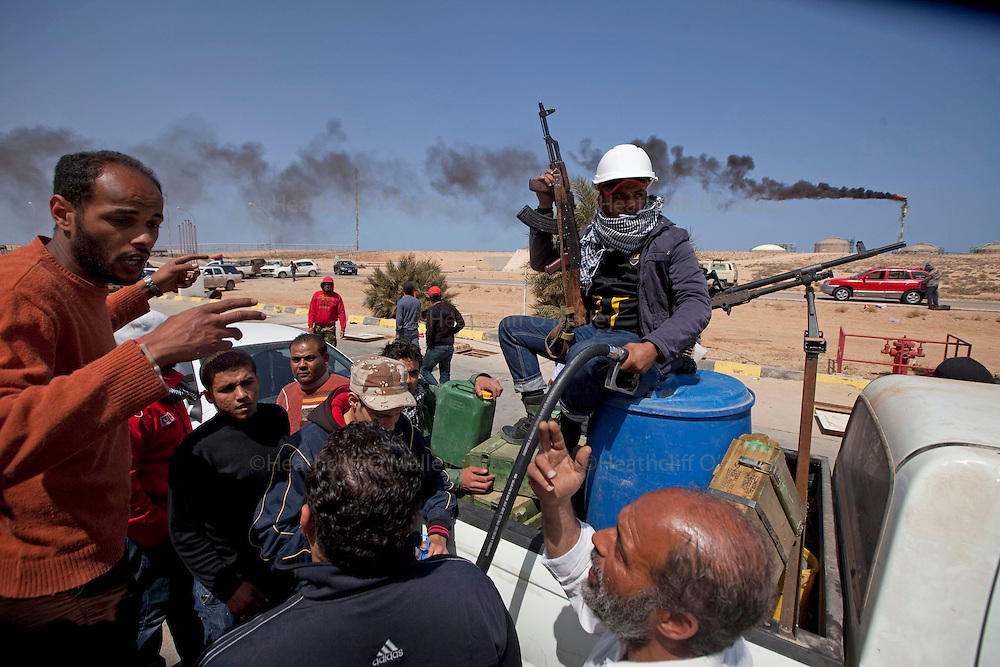