May0016089 . Daily Telegraph..Features..Tea pickers on the Ntendezi Cooperative Farm in south western Rwanda . .Organically grown, tea was introduced as an industrial crop in the 1960's and is now Rwanda's largest export ,being recognised as one of the world's highest quality teas and so far proving to be recession proof. The government is currently part - privatising some of it's remaining Tea factories...Rwanda was the scene of a brutal civil and genocide which ended in 1994 leaving behind 800,000 dead, hundreds of thousands of refugees, many orphans suffering with mental trauma . Still recovering from the civil war the small,landlocked central African state is one of the poorest countries in the world with three quarters of it's 10 million population living below the poverty line and is a huge recipient of foreign aid...Rwanda 28 August 2009 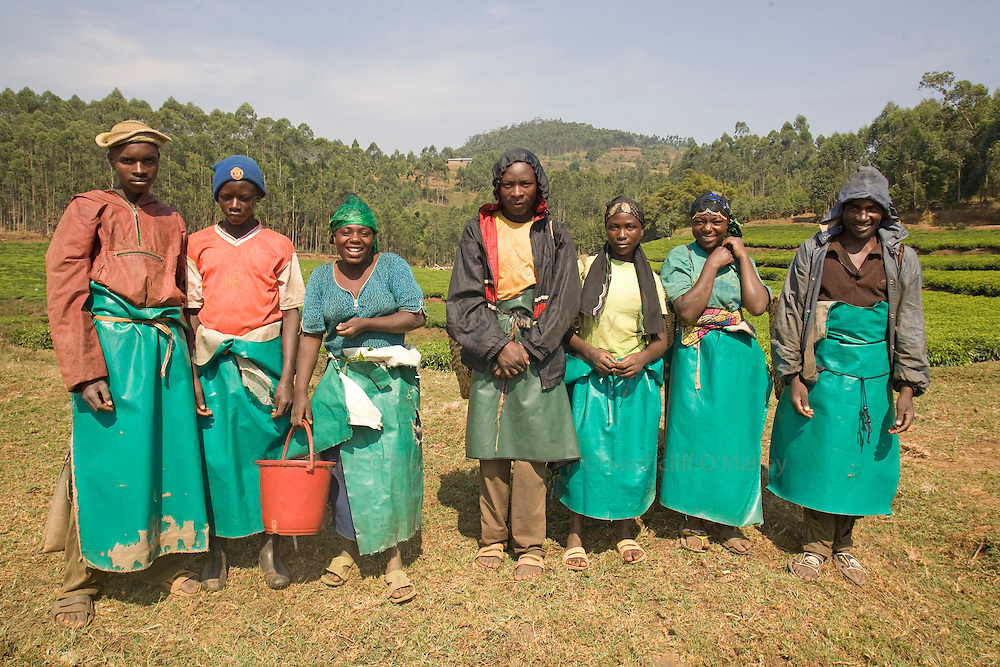