Mcc0021206 . Sunday Telegraph.The new Chief of Police for the nad e Ali district of Helmand province, Afghanistan.He was recruited from another part of the country to attempt to avoid further corruption and has proved so far to be popular. During the last six months the vast majority of the local Police have been sacked for either heroin addction or corruption and new police had been trained to take their place and also to increase the total number. Local governance is now beginning to take shape, although still in it's infancy...Helmand , 15 March 2010 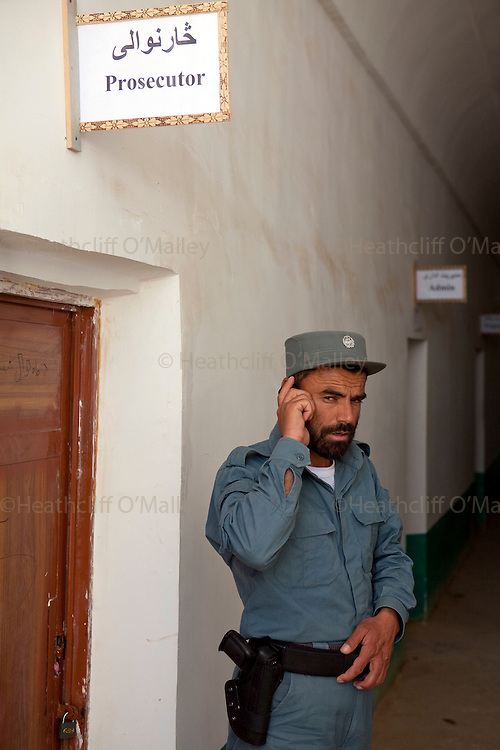