Photo by Heathcliff Omalley..Calcutta, West Bengal, India 23 March 2007..Thousands of Bengali's gathered in Calcutta today in protest at State Goverment's poor handling of an intended forced aquisition of land in the Nandigram area for a "Special Economic Zone" which has now been temporarily put on hold since the killing by police of 14 demonstrators a week ago.. Formerly the Capital of the British Raj until it was moved to Dehli in 1911, Calcutta has been ruled by the Marxist CPI(M) party for the past three decades, making it the longest running democratically elected Communist government in the world. 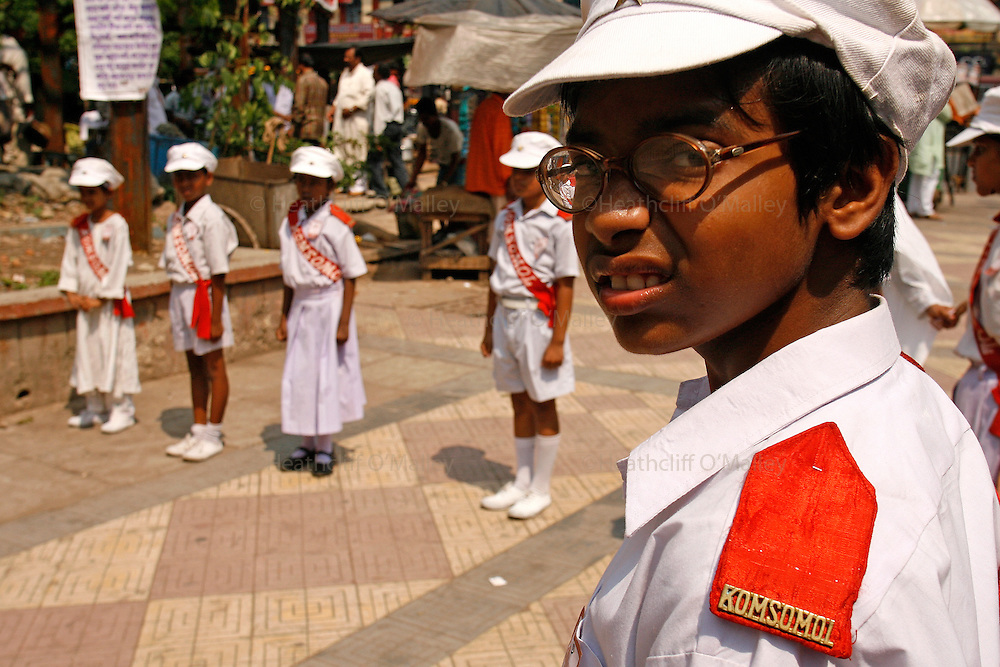