Pic by Heathcliff O'malley....POOL PICTURE !!!!!!....A mixture of soldiers from the Black Watch Battlegroup including Royal Marines from 40 Commando clear buildings in a former industrial estate whilst on patrol in search of any Iraqi insurgent activity. The soldiers and marines were deployed via Warrior armoured vehicles from the nearby foward operating base "Springfield",which lies close to the east bank of the Euphrates river 25 miles south of Baghdad.The Battlegroup were controversially deployed to monitor movements to and from the embattled city of Falluja 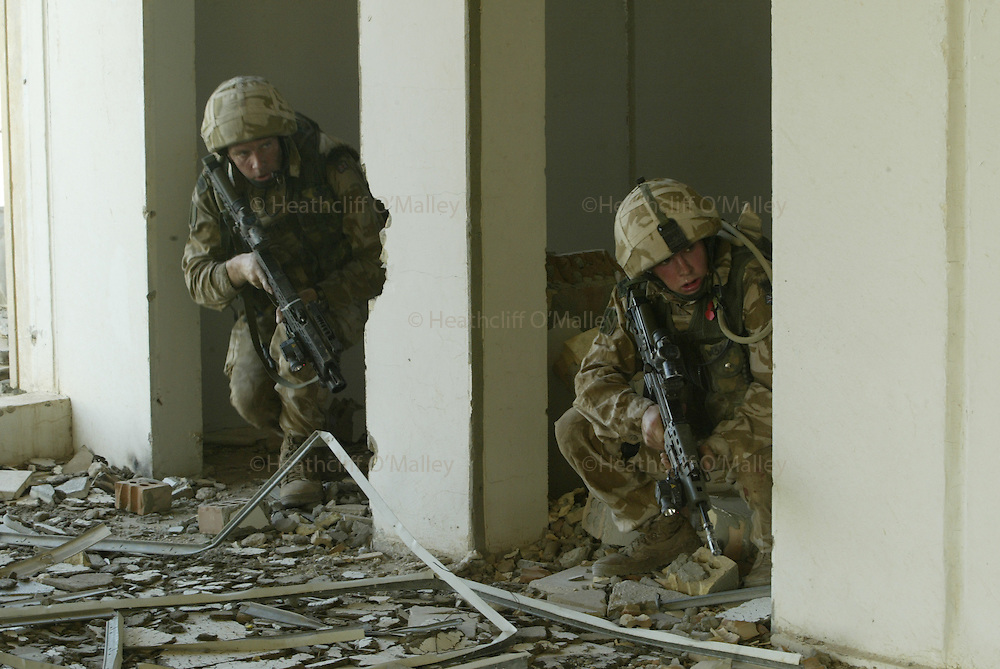