Mcc0012902 . Daily Telegraph..Bugler Michael Ashcroft sounds his bugle as the Company Colours are lowered by Lnc Cpl Martin Campbell as 2 Plt, A Coy, 5 Rifles are begin to dismantle their forward operating base in the marshes near to Basra airport as the drawdown of British forces is about to begin. By July 31 all but 400 of the 4500 British soldiers, sailors and airmen in Iraq will have returned home as the British venture in Iraq draws to an end...29 April 2008 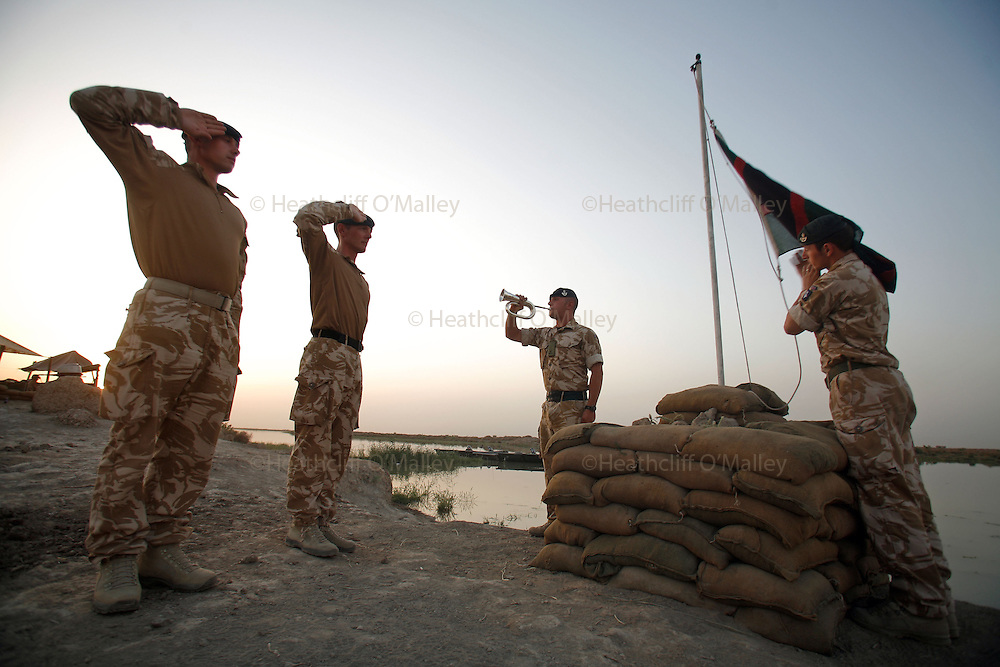